The purpose of this website is to bring together the research I have carried out over the last 45 years on the Bristol pottery industry and to make it available to anyone interested in the subject. The site was established in 2012 but is still evolving.  It was last updated in June 2019.

Background to the Research

I became fascinated by archaeology in the 1960s and first worked on an excavation in 1965 on the Roman settlement at Sea Mills, Bristol. Excavations followed at Westbury College and Bristol Castle and other city sites. The discovery in 1971 of a dump of clay tobacco pipe waste during the work at Bristol Castle, and the need to identify the manufacturer of the pipes, led to a search of documents in the Bristol Record Office. It soon became clear to me that there was a tremendous amount of documentary material relating to the clay pipe industry that required investigation and this led, in collaboration with Roger Price, to the publication of Bristol clay pipe makers: a study of makers and their marks in 1974 (Jackson & Price 1974; see the Bibliography below). Further research resulted in the private publication of Bristol clay pipe makers – a revised and enlarged edition, containing biographies of some 1,500 pipe makers, in 1979 (Price & Jackson 1979). Roger is still continuing research into the clay pipe industry. Fired by my interest in clay pipes, in 1983 I was one of the founders of the Society for Clay Pipe Research which now has an international membership.

During research into the clay pipe makers I was also making notes on references in the documents to potters and the pottery industry and this has become the main subject of my research over the last 30 years. In 1980 Bristol potters and potteries, 1600-1800 was published as volume 12 of the Journal of Ceramic History by Stoke-on-Trent Museums. I have since carried out considerable work on the 19th-century pottery industry in Bristol, particularly on the census returns, court records, parish records, street directories and port records.

In 1999 I wrote a dissertation on The origin and development of the seventeenth-century tin-glazed earthenware industry in Brislington and Bristol, resulting in the award of an MLitt degree by the University of Bristol. The dissertation is reproduced here in full (see website section: Brislington Pottery) although with some alterations to the layout. In addition to information on the Brislington and Bristol pottery industry, the dissertation also provides details of the history of tin-glazed earthenware and the methods used in its manufacture, including kiln technology.

My reports on research into medieval and post-medieval pottery kiln waste have also been published: 14th-century pottery from St Peter’s church (Dawson, Jackson & Ponsford 1972), late 17th-century stoneware from Tower Harratz (Jackson 2003), 18th-century tin-glazed earthenware from the Limekiln Lane Potteries (Jackson & Beckey 1991), and 19th-century redware from the Temple Back area (Jackson 2000b). A group of 17th-century kiln waste from the Brislington Pottery was described and illustrated in my dissertation.

In 2005 I took the opportunity to publish my research on the post-medieval pottery industry in Westbury-on-Trym, a suburb of Bristol, in the Transactions of the Bristol and Gloucestershire Archaeological Society (Jackson 2005).

Historically, early research was carried out into the Bristol pottery industry by Hugh Owen (1873) and W.J. Pountney (1920) and the information contained in these two books established the groundwork for all subsequent work.

Other work on the Bristol pottery industry published by various authors includes: information on medieval potters (Price 1990), 13th-century material from the excavation of a kiln at Ham Green (Barton 1963), early 18th-century salt-glazed stoneware and yellow slipware (Barton 1961), the connection between Magnus Lundberg of Sweden and the Bristol potteries (Charleston 1963), a major group of 18th- and 19th-century waste from Temple Back (Price 2005), a chemical and petrographic comparison between yellow slipwares from Bristol, North Staffordshire and South Yorkshire (White 2012) and early 14th-century pottery kiln waste from a site on Redcliff Hill (Dawson & Ponsford 2018).

Two books have been published on 19th- and 20th-century pottery production in Bristol: a history of Pountney’s Pottery at Fishponds from 1905 to 1969 (Levitt 1990) and a list of Bristol potters and potteries working from 1775 to 1906, based on information obtained from street and trade directories (Henrywood 1992).

Pottery has an immediate function as a diagnostic and dating agent on archaeological sites, and ultimately as evidence of past technological, cultural and economic conditions and of local and international trade.  Pottery can provide direct evidence of the processes and equipment of its own manufacture and is therefore especially valuable for archaeological study.  The principal raw material is clay and this requires inclusions to modify its plasticity and to improve its refractory powers.  The types of inclusions – especially crushed rocks and sands of various types – vary from one pottery production centre to another and this allows the place of origin of a particular type of pottery to be identified with a reasonable degree of accuracy.  This is why pottery waste from kiln sites is particularly important to the study of ceramics, as are closely stratified and dated sequences from archaeological excavations.  A number of excavations in Bristol have provided particularly useful medieval and post-medieval pottery sequences including those from Mary-le-Port (Watts & Rahtz 1985), St Bartholomew’s Hospital (Ponsford 1998), Upper Maudlin Street (Burchill 2000), St Thomas Street and Redcliff Street (Burchill 2004), St James’s Priory (Jackson 2006), Corn Street (Gutiérrez 2007), Queen Square and Welsh Back (Burchill & Jackson 2008/9), Union Street (Jackson & Burchill 2010), Broadmead (McSloy 2013; Jarrett 2013), Redcliff Street (McSloy 2015) and Finzel’s Reach (Cotter 2017).

This section of the website provides detailed information on the medieval pottery industry in Bristol and its immediate neighbourhood. This has been compiled from the results of archaeological excavations, documentary research and a study of published works. The apparent absence of potters working in Bristol during the 16th and early 17th centuries is noted. This is followed by a list of the potteries working in Bristol during the 17th, 18th and 19th centuries arranged in order of the type of ware they are known to have produced. It is hoped that this section of the website can be expanded to include an over-view of the development, expansion and decline of the Bristol industry.

This contains an alphabetical list of 56 potteries working in Bristol during the 17th, 18th and 19th centuries arranged, generally, by the address of the pottery. A list based on the names of the owners or proprietors would be difficult to compile as most potteries had multiple owners or proprietors during their period of operation. This section will be expanded in the future to include more detailed information from the documents and the reproduction of plans and photographs of the potteries showing their location and layout.

This section contains all the information so far obtained on the Bristol potters, arranged alphabetically by surname. Over 2,000 potters are now listed dating from the medieval period to the 20th century.

Where there is more than one potter with the same name they are arranged in chronological order and are numbered, for example: James Alsop I and James Alsop II.

Information given in bold type under the potter’s name shows that he or she owned or operated the pottery named between the given dates. Full details of the individual potteries are given in the Potteries List section of the site.

If no occupation is given against a particular entry then it can be taken that the occupation provided in the document is ‘potter’.

St Philip and Jacob parish has sometimes been abbreviated in the text to ‘St Philip’s parish’.

When taken as a whole, the various rate and tax books for a parish often form a fairly complete series spanning the eighteenth century. These books rarely give occupations and it is only possible to identify potters who, from other sources, were known to be resident in a certain parish. The address for a particular potter may appear to change from year to year, but it seems that this was often due to variations in the names used for streets. The presence of a square bracket before or after the date of a rate or tax book entry shows that the potter does not appear in the immediately preceding or succeeding book.

The documentary reference to each piece of information is given as an abbreviation in brackets after the entry: for example, (71C) is the 1871 census return. A complete list of the abbreviations used and the documents to which they refer are listed below.

The published reference to a particular piece of information is also given in brackets after the entry and is listed in the bibliography below.

Full details of all the pottery exports I have recorded are given in this section of the site. Research for my dissertation led me to examine the pottery exports contained in all the Bristol Port Books (held in the National Archives) for the period from 1662 to 1696, while for the period from 1697 to 1726 approximately every fifth year was examined.

Subsequently all the Presentment Books (also recording exports, but held in the Bristol Reference Library in printed form) from 1802 to 1867 were studied, after which date pottery exports were rarely recorded.

More details of the use of Port Books together with statistical analyses are given in Chapter 6 and Appendix B of my dissertation.

Below are explanations of the headings used in the lists and the type of information provided:

Ship: the name of the ship carrying the cargo.

Potter as exporter: Cargoes were usually put together by merchants and exports made by potters under their own names were, to begin with, rare. For the 17th- and 18th-centuries I have recorded all pottery exports, whether they were made under the name of a merchant or a potter. The names of merchants are not given but potters’ names are – for example, the first potter to be recorded as exporting under his own name was Edward Ward in 1684. Due to the large number of pottery exports after 1800, only exports made by a potter under his or her own name are given.

Destinations: The modern name of the destination is given where this can be determined, but otherwise the contemporary spelling used in the document is provided. Not all destinations can be identified.

This section gives the full text of my dissertation together with tables, figures and appendices. The layout has been altered slightly in order to make it more easily searchable.

Please use my name and the name of this website as the reference if you reproduce in a printed or digital format any of the information contained here. For example, ‘Reg Jackson in www.bristolpottersandpotteries.org.uk’.

I would like to acknowledge the enormous help received from the staff of the Bristol Record Office, the Bristol Reference Library and the National Archives. Thanks also go to my co-authors and researchers and my colleagues at Bristol and Region Archaeological Services, in particular Ann Linge who produced illustrations for, and designed the layout of, my reports.

I cannot thank my partner, Frankie Webb, enough for the tremendous support and encouragement she has given me during my seemingly endless research and report writing over many years.

Joe Baron of Web Design Bristol did a terrific job in designing a website that could accommodate such a large quantity of information in a searchable form.  Webfooted Designs Ltd of Cornwall have updated and modified Joe’s design so that adding and inserting new information is now easier using WordPress.  Many thanks to Emily Tarrant for undertaking a great deal of work in this respect. 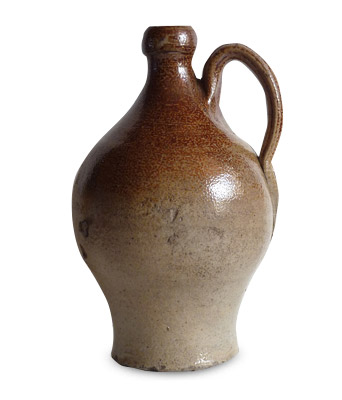 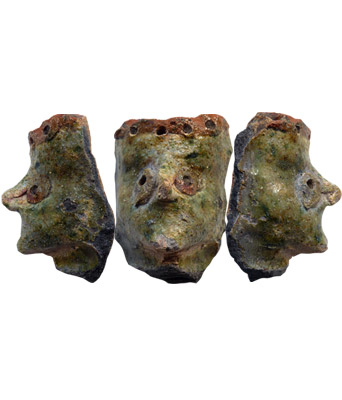